Liebherr puts in a first class performance at Silverstone

Silverstone motor racing circuit in Northamptonshire is the current home of the British Grand Prix with the circuit signing up to host the event until 2024. Before the start of the 2019 racing season, the circuit’s owner,the British Racing Drivers’ Club, embarked on the huge task of resurfacing the entire three mile course. Leading UK surfacing contractor Tarmac was called in to undertake this mammoth project, which included the removal of over 11,000 tonnes of milled material. This material was stockpiled in a large holding area before beingput on a fleet of tippers and transferred to a number of Tarmac’s coating plants around the south Midlands.

To move this material, local haulage contractors PJ Murphy and Maxwell Tipper Hire were tasked with supplying a round-the-clock service to load and carry it from site. Although they were operating a sufficient fleet of road trucks and excavators, the companies decided to opt for a wheeled loading shovel to undertake truck loading duties. George Gurney from PJ Murphy explained:‘We decided a loader would be much quicker at filling the trucks and that with the addition of on-board weighing equipment we would be able to ensure that each and every truck was being loaded to full capacity.’

Not having a suitable loader in the fleet led George to the door of Liebherr Rental where Sarah-Jayne King was able to offer the team exactly what they wanted in the shape of a 24tonne L 566 XPower® model. ‘George wanted a fuel-efficient loading solution with the capacity to log every tonne of material leaving the site,’ said Sarah-Jayne.

The loader was delivered to the circuit and immediately put to work loading an almost constant stream of 32tonne gross weight tippers. Fitted with a straightedge, 3.6m3 bucket, the 228 HP loader was quickly into its stride filling the waiting vehicles in just two and a half bucket loads.

George was very pleased with the machine’s fuel economy: ‘I had a fuel budget for the two-week period we were using the excavator but the excellent fuel consumption from the Liebherr has meant that I will save in excess of 50 per cent of this sum. Throughout the contract period the Liebherr performed far in excess of what we were expecting, offering exceptional reliability, very low fuel consumption and a level of production that enabled us to easily meet our requirements. The biggest issue we had was ensuring that there were enough vehicles available for the Liebherr to load!’

Experienced plant operator Wayne Harding was certainly very happy with the L 566 XPower®: ‘It’s comfortable and easy to operate and has plenty of grunt when filling the bucket. The material does tend to stick together, making it harder to dig, but this has enough behind it. There’s no wheel spin or having to push the machine. It’s very civilised’ 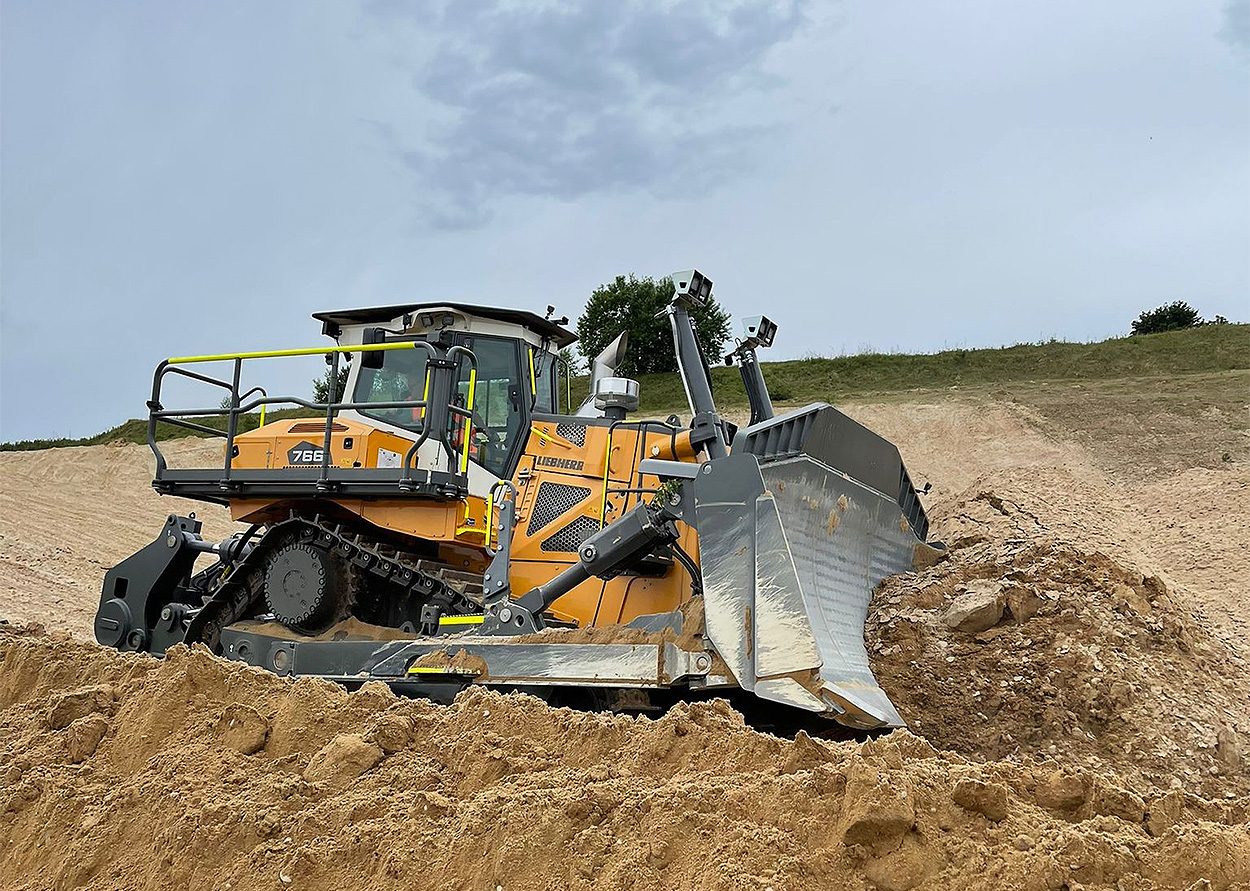 R 966 proves as solid as a rock for Tarmac